A Report From The Confederation of Tomorrow 2021 Survey of Canadians: Indigenous Relations and Reconciliation

The Confederation of Tomorrow Survey of Canadians has released a report on public opinion on efforts to facilitate and achieve reconciliation between Indigenous and non-Indigenous people. In the months before the COVID-19 pandemic, headlines around the country were focused on issues related to Indigenous Peoples’ rights. The Brian Mulroney Institute of Government is a proud partner in the study along with the Institute for Research on Public Policy, the Canada-West Foundation, the Johnson Shoyama Graduate School of Public Policy, and the Centre D’Analyse Politique – Constitution et Fédéralisme. The survey was conducted by the Environics Institute for Survey Research.

The Confederation of Tomorrow surveyed Canadians regarding their thoughts on support for Indigenous rights and the progress toward reconciliation. The surveys were completed between January and March 2021. Those surveyed included people who self-identified as Indigenous (e.g., First Nations, Métis, and Inuit). The surveys covered multiple topics, including the relationship between Indigenous Peoples and governments, current relations between Indigenous and non-Indigenous peoples, confidence in leaders, and the advancement (or not) toward reconciliation.

For more information, please see the report below and “A Growing Proportion of Canadians Recognize Role to Play on Reconciliation: Survey” in The Globe and Mail. 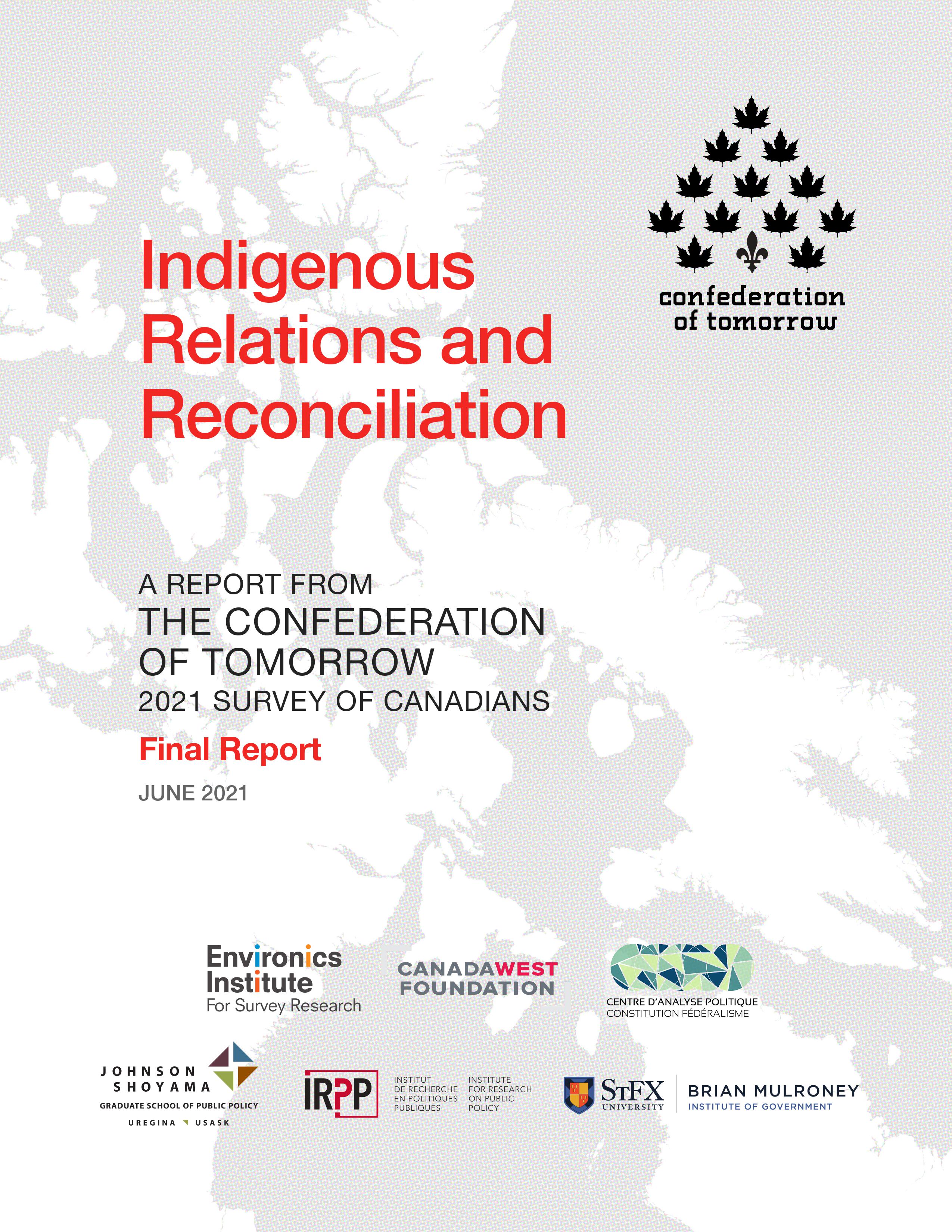 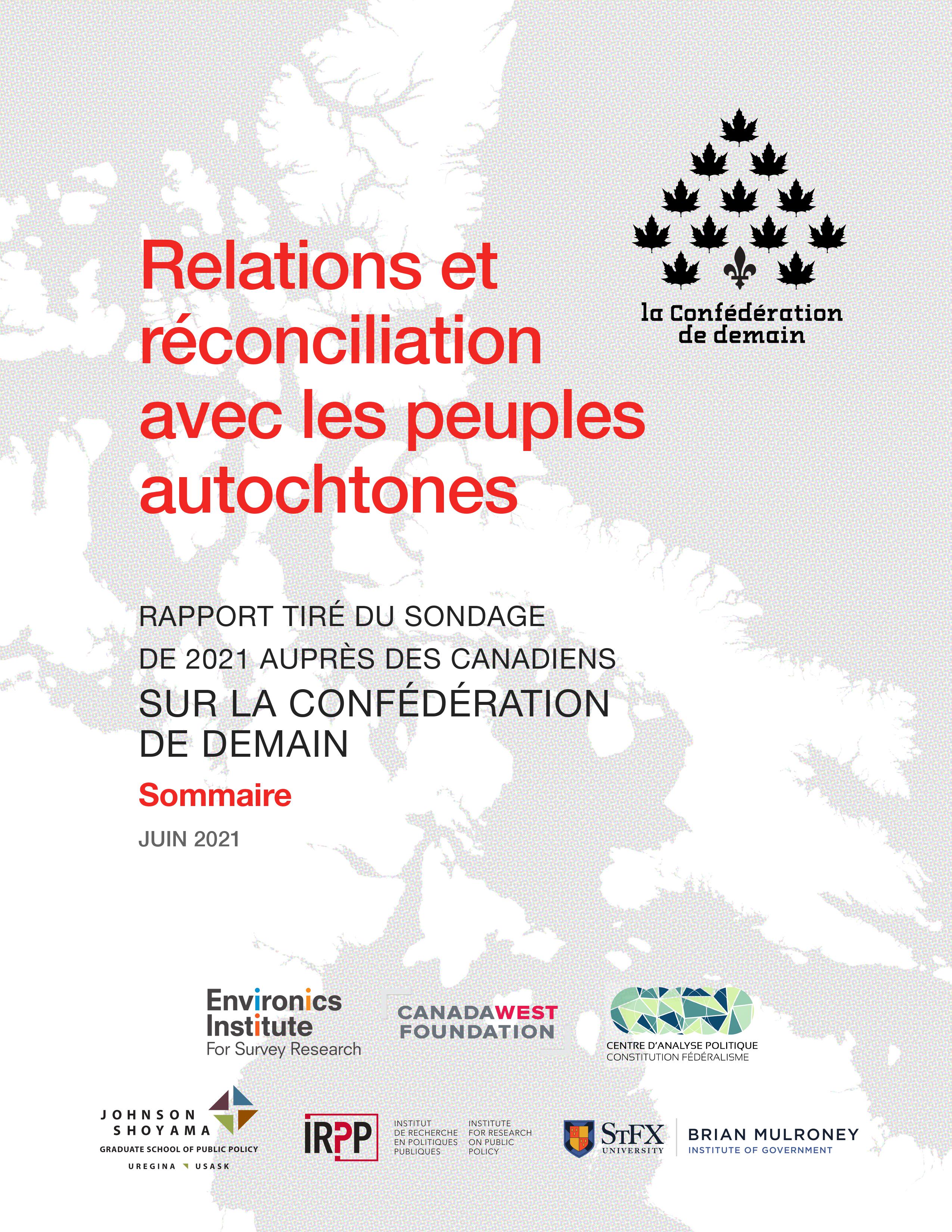