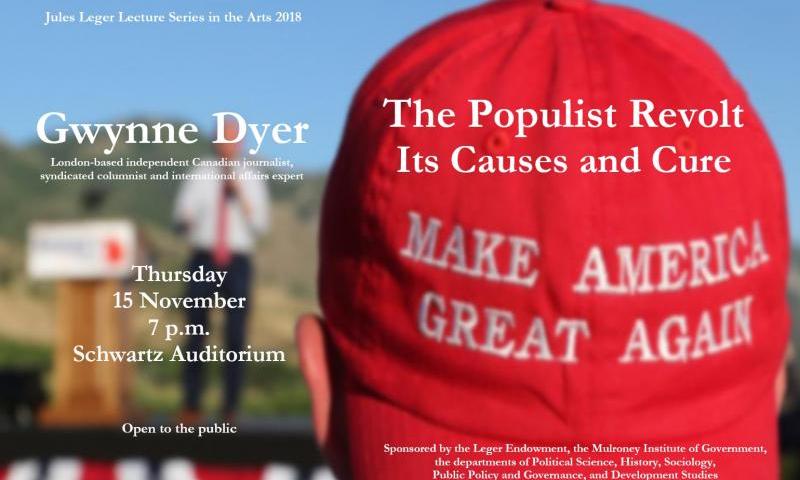 Tracing the impetus behind the populist discontent that catapulted Donald Trump to the presidency, Dr. Dyer identifies automation and the accompanying large-scale, irreversible job losses as more important factors behind the surge of nationalism in the West than anti-immigration and anti-globalization sentiments, and points toward universal basic income as a possible solution

Dr. Dyer is a renowned journalist, columnist, broadcaster, and lecturer on international affairs. Originally trained as a historian, he received degrees from Canadian, American, and British universities, finishing with a Ph.D. in Military and Middle Eastern History from the University of London. He served in three navies and held academic appointments at the Royal Military Academy Sandhurst and Oxford University before launching his twice-weekly column on international affairs, which is published by over 175 papers in some 45 countries. Dr. Dyer is the author of 12 books, including: War (1983); Ignorant Armies: Sliding into War in Iraq (2003); Future: Tense (2005); The Mess They Made: The Middle East After Iraq (2007); Climate Wars (2010); and Don’t Panic: Islamic State, Terrorism and the Middle East (2015). In 2010, he was made an officer of the Order of Canada.