Last week, 17 StFX students travelled to Halifax to take part in the Royal Canadian Navy’s (RCN) new Canadian Students at Sea program. This initiative, organized by professors Adam Lajeunesse (Brian Mulroney Institute of Government) and Jamie Levin (Department of Political Science), in partnership with the RCN’s Strategic Outreach team, offered undergraduates in military history and security studies a chance to engage with members of the Canadian military and get a glimpse of navy life. 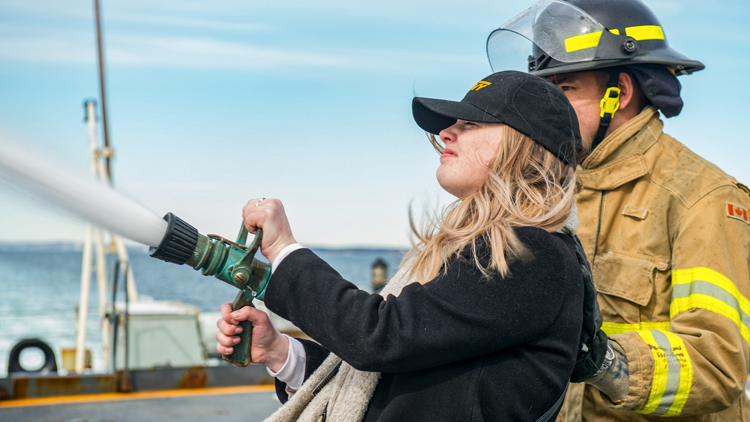 Over the course of a very full day, students visited the Navy’s Atlantic Operations Centre, Maritime Security Operations Centre, and Joint Rescue Coordination Centre to see how Canada’s governmental agencies monitor the country’s maritime approaches and manage search and rescue in the Atlantic. There was time for a walk-by of the new oiler Asterix as well as a tour of the dry-docked submarine HMCS Windsor and the patrol ship HMCS Moncton. To really show off the Navy’s capabilities, students spent the afternoon aboard the patrol frigate HMCS Ville de Québec, where high-speed manoeuvers, boarding and firefighting demonstrations, as well as a tour of the ship’s operations room and bridge, brought to life Canada’s responsibilities – and capabilities – at sea. 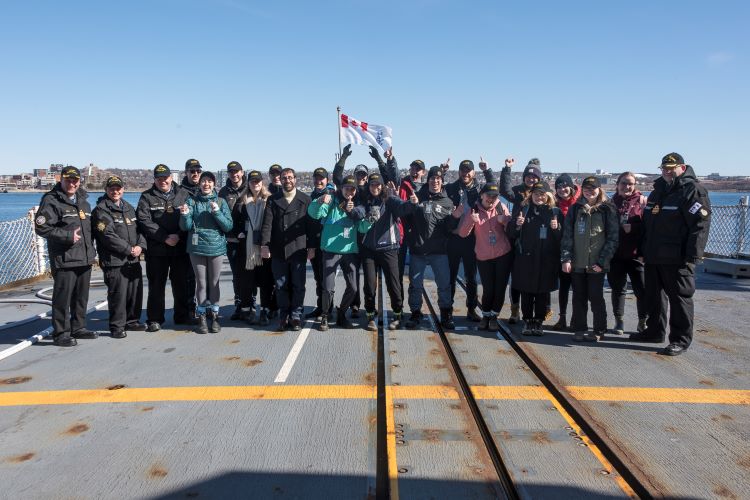 Improving Canadians’ understanding of their navy, and the role it plays in the country’s security and prosperity, is an important part of sustaining the service and building its future fleet. Canadian Students at Sea is a step towards showing Canada’s future leaders what the Navy does and how its work shapes and secures the country. StFX’s students were taken by the RCN’s generosity, with both its time and energy – from a personal briefing with Rear-Admiral Craig Baines (Commander, Maritime Forces Atlantic) to guided tours by Captain (N) David Benoit (CO of Formation Maintenance Facility Cape Scott).

This trip was made possible with generous support from the Faculty of Arts, the Brian Mulroney Institute of Government, the Public Policy and Governance Program, and the Department of Political Science. 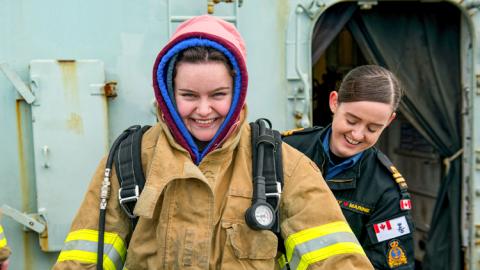