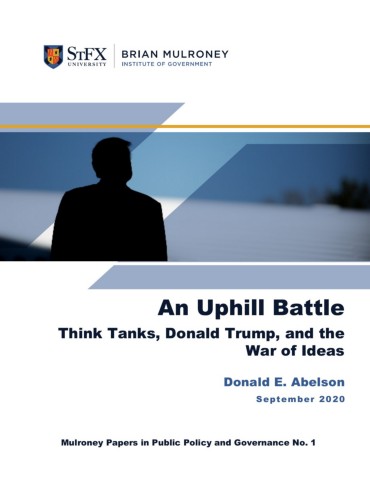 Wisdom of the Mundane: Explaining Regime Resilience in Multinational Federations

For decades, many English-speaking political scientists in Canada focused on the Canada–Québec relationship and probing the challenges to national unity posed by Québec nationalism. With these issues allayed to a large extent, there has been a shift in the twenty-first-century research agenda of scholars who study Canada. Yet, there remains a sub-field of research in which the Canada–Québec relationship maintains a central place: the comparative study of multinational democracies and multinational federations. With Canada having progressed into a state of “normality” and stability, but with no settled answer on what makes democratic multinational states cohere and persist, the study of political stability is still a topic to be mined. This paper argues that the legitimacy and stability of the Canadian political community and the resilience of its political regime come as the consequences of historical processes best described as “accommodative integration.” The paper outlines the political mechanisms and processes involved in the task of national integration by examining the scholarly approaches that have been developed and the debates that have ensued on what has come to be known as Canada’s “national unity” question. The Panama Papers leak revealed how the influential and wealthy can exploit secret offshore tax regimes to conceal unreported assets. This paper is a multicountry study focusing on the impact of a country’s national cultural values on individual evasion of investment income via an international evasion scheme. It provides insights to policy-makers that suggest that individual investors behave differently than corporations under the same national culture. High tax-evading countries cannot be specifically identified based on shared cultural values. Estimating widespread tax evasion tendencies based on a particular cultural profile may not be fruitful for policy-makers. Instead, the paper posits that to improve tax compliance, policy-makers should look to methods other than ameliorating culture, such as increasing the penalties for tax evasion. After having criminalized cannabis users for years, Canada is now one of the few federal jurisdictions in the world to legalize recreational cannabis sales and consumption. This paper examines the question that arises from this radical shift: how the state negotiates its legitimacy as it transforms the official meaning of cannabis from dangerous drug to legal consumable, offering itself (in the case of Nova Scotia) as the only lawful vendor of cannabis. The paper is rooted in a broader interest in the Canadian state and state formation at the provincial and federal levels, especially the liberal or liberalizing state.