Confederation of Tomorrow: Support for Equalization

The Confederation of Tomorrow Survey of Canadians has released a report on how Canadians view equalization, one of several major federal transfer programs. The report found that, while most Canadians surveyed support the equalization program, many were not overly familiar with it or whether they reside in a recipient or non-recipient province. The Brian Mulroney Institute of Government is a proud partner in the study along with the Institute for Research on Public Policy, the Canada-West Foundation, the Johnson Shoyama Graduate School of Public Policy, and the Centre D’Analyse Politique ­– Constitution et Fédéralisme. The survey was conducted by the Environics Institute for Survey Research.

The Confederation of Tomorrow surveyed Canadians in January 2022. The report also found that Canadians, no matter the status of the province in which they live, favour increasing equalization payments rather than decreasing them. This view has remained steady over the last four years. A number of those surveyed also support restarting constitutional talks to negotiate significant changes to the way the nation’s wealth is shared across provinces.

More information on the survey can be found here. 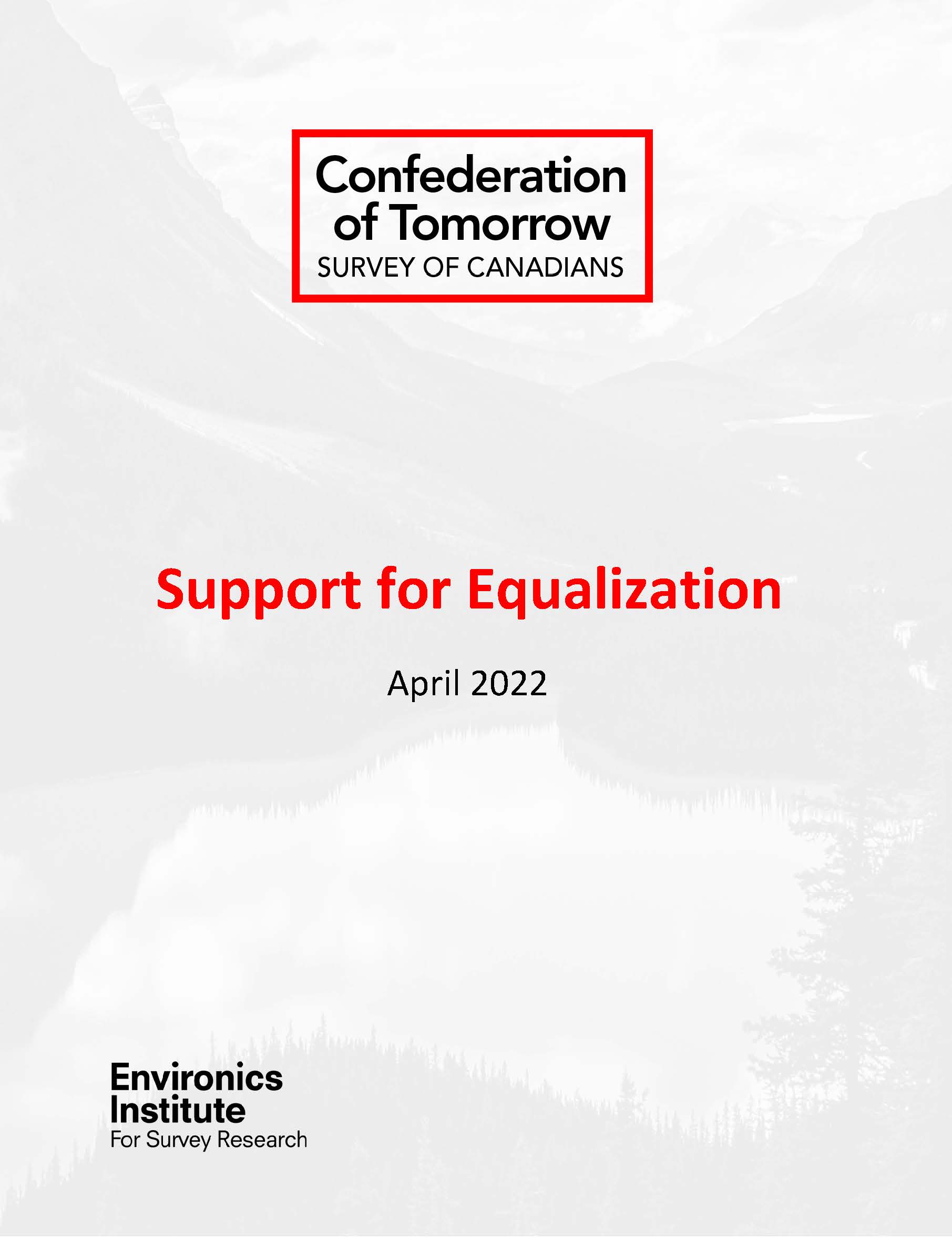