Dr. Kikkert will work to research Canada’s role in global marine security issues with a focus on the Arctic region and will contribute to strengthening the marine industry in Canada.

“I am very excited to be a part of the Mulroney Institute of Government,” said Dr. Peter Kikkert, Irving Shipbuilding Chair in Arctic Policy. “This Institution is set to become a leader in the field of public policy and governance, and I’m pleased to be a part of this important work and share, and expand my research in arctic and marine policy issues.”

His research work will be a strong complement to that of Dr. Lajeunesse, Irving Shipbuilding Chair in Canadian Artic Marine Security at StFX, and they will form a great collaborative team.

Dr. Kikkert’s research focuses on security, sovereignty, stewardship, and international legal issues in the polar regions. His current and proposed work as Irving Shipbuilding Chair will focus on the development of the Polar Code, the evolution of Northern transportation systems, and the enhancement of local search and rescue and emergency response capabilities in northern communities.

“We are delighted with the appointment of Dr. Peter Kikkert as Irving Shipbuilding Chair in Arctic Policy,” noted Dr. Richard Isnor, Interim Director of the Mulroney Institute of Government and Associate Vice President, Research and Graduate Studies. “His research work will be a strong complement to Dr. Adam Lajeunesse, the Irving Shipbuilding Chair in Canadian Arctic Marine Security, who has already had a tremendous impact in advancing research efforts at the Mulroney Institute in his first year at StFX.  Dr. Kikkert and Dr. Lajeunesse are research collaborators, and I expect they will continue to form a strong collaborative team linking with other researchers from across the country and internationally.  The strong support of Irving Shipbuilding Inc. for each of these research chairs have helped to establish a unique pillar of Arctic-oriented research at the Mulroney Institute of Government that will help inform policy in a range of sectors.”

The Mulroney Institute of Government, which was announced in October, 2016, will be Canada’s leading centre for undergraduate teaching and research in the field of public policy and governance. A cornerstone of the project includes an endowment that is in excess of $20 million for academic chairs and student scholarships and bursaries.

In 2011, Irving Shipbuilding was selected by the Government of Canada to construct Canada’s future naval combatant fleet and committed to investing 0.5% of its contract revenues in creating a sustainable marine industry across Canada. This will amount to approximately $12.5 million over the construction of Arctic and Offshore patrol ships, the first class of vessel under construction at Irving Shipbuilding’s Halifax Shipyard as part of the National Shipbuilding Strategy. 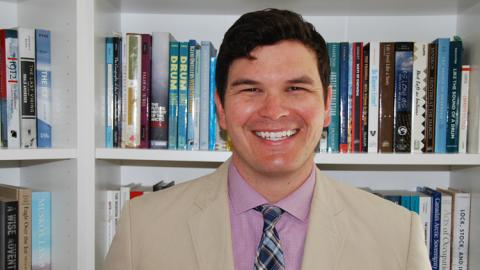